Honouring Lifetime Achievements Towards Health for All 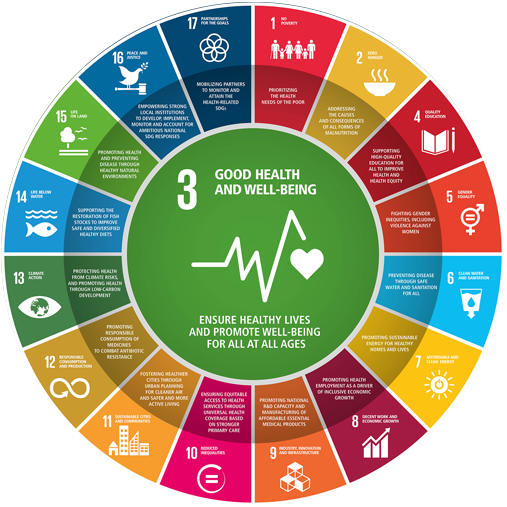 To accommodate the challenges of the 21st century, there is a need to expand the currently existing scope of international prizes at the highest level. Since 1901, the Nobel Prizes have awarded the fields of medicine or physiology, chemistry, physics, and literature, as well as the Nobel Peace Prize. The Virchow Prize for Global Health is an independent prize of comparable status, which awards the lifetime achievement of individuals or organisations who have devoted their work to improving global health.

The Virchow Prize for Global Health is the first award of such high prestige to be deliberately established in direct connection to the UN SDGs, and specifically addresses SDG 3 “Good Health and Well-Being” among the 17 Goals.

SDG 3 WITHIN THE SUSTAINABLE DEVELOPMENT GOALS

EXAMPLES OF SDG 3 INTERCONNECTIONS WITH THE OTHER SDGs